Dr. DeBusk is actively involved in product research and development. His programs include the development of new orthopaedic trauma systems, cadaveric blast and ballistics research with Walter Reid Army Hospital, infection control applications for the timed release of ionic silver in products ranging from incision drapes to internal fixation plates, and the development of a clinico-economic model to address opioid-free management of lower back pain. Dr. DeBusk has also engaged members of the American Academy of Orthopedic Surgeons and the American Academy of Family Practice on a number of additional models for treatment of sprains and non-displaced fractures of the knee, distal radius, and distal tibia as well as advanced applications for diabetic wound management.

Dr. DeBusk routinely works with physician groups and emergency departments from across the country developing programs in early definitive care of orthopedic injuries to improve the quality of care, increase patient satisfaction and lower cost. The system links ICD-9 codes, HCPCS codes and specific protocols of care for the automated dispensing of orthopedic products. Similarly in the operating room, Dr. DeBusk has led the development of an RFID-based solution that optimizes physician preference cards, which in turn optimizes the flow of materials through the OR. Controlling resource flow through the operating room is critical to minimizing patient infections and minimizing patient time under anesthesia – two key surgical safety considerations.

During graduate school at Vanderbilt University, Dr. DeBusk worked in three key areas focused on the primary visual cortex: Surgical Dissection and Anatomy, Electronic Processing and Capture of Cortical Discharges, and Digital Array Signal Processing. Dr. DeBusk's work in cortical discharge sequence analysis led to a series of discoveries on how information is coded in the brain, particularly how the brain uses global inhibitory mechanisms for gain control and the role of gamma-aminobutyric acid in mediating the cross-inhibition of neurons. This work also led to him receiving his Ph.D. in engineering only three years after completion of his undergraduate degree. As such, Dr. DeBusk remains the youngest Ph.D. recipient in the history of Vanderbilt University. His research in the field of neuroscience produced six publications including a first-authorship paper in The Journal of Physiology in 1997. Dr. DeBusk also attended the Goizueta Business School atEmory University, where he graduated with the number one academic rank in his class.

After graduation, Dr. DeBusk joined DeRoyal as their head of Research and Development. During this time, he pioneered the development of several medical products including hydrogel-coated neonatal temperature probes that are now commonly used in hospitals throughout the country. He subsequently served as COO and ultimately CEO of DeRoyal during which time the company launched products in temperature monitoring, anesthesia, patient protection, risk management, wound care, orthopedic softgoods and surgical accessories. He also led the development of a combined supply chain and information solution system offered through both Owens & Minor and McKesson. This system was awarded both the Product of the Year and the Field Sales Support of the Year by McKesson in 1999. Dr. DeBusk also holds five patents in the fields of health care and information technology.

As an entrepreneur in the field of health information technology, Dr. DeBusk formed iPath, which pioneered the development of many features found in modern-day Operating Room (OR) Information Systems including Block Scheduling, Charge by Exception, In-room Clinical Documentation, Rules-based Charging, Tiered Preference Cards and Structured Bills of Materials. Software provided by iPath allowed providers to seamlessly manage both the clinical and financial aspects of operating room care. Under Dr. DeBusk's leadership, iPath had captured one out of every three new orders for operating room systems, was ranked number one in 15 of the 18 KLAS software evaluation categories and was generally accepted as the leader in OR systems segment. Having been purchased by General Electric (GE) in 2002, iPath remains in existence today and its products are offered by GE Healthcare under the brand name Centricity.

With an eye on the future of alternative energy resource, Dr. DeBusk is also the founding principal of Pace Energy Systems, an engineering company focused on the manufacture of fuel ethanol and biodiesel. At Pace, Dr. DeBusk's work focused on a number of fermentation-based technologies including enzyme technologies, fractionation technologies, and vacuum distillation techniques as well as alternative conversion techniques, including the use of microbes to directly convert gasified biomass directly into ethanol via biorefinery technology.

Dr. Dale Edgar is an experienced scientist, drug hunter and entrepreneur who recently retired as an executive leader at Eli Lilly and Company. He is also a renowned expert in sleep disorders research and development. During his 15 years at Stanford University, Dr. Edgar achieved international recognition as a leader in sleep and circadian neurobiology and sleep-wake pharmacology. He is well known for his mentorship and training of young scientists, and his seminal contributions in sleep and circadian physiology, including the identification of wakefulness-promoting mechanisms controlled by the suprachiasmatic nucleus and opponent processes that modulate physiological sleepiness. Dr. Edgar is also the principal inventor of SCORE™, a family of computerized real-time sleep and physiological assessment technologies and integrated pharmacological database that have greatly accelerated the process of preclinical drug discovery and lead optimization.

Areas of Research:
Locomotion and Deep Brain Stimulation (DBS). In the 1980s, we described the neurological substrate for brainstem stimulation evoked locomotion, which 20 years later led to the use of DBS of the pedunculopontine nucleus (PPN) to alleviate postural and locomotor symptoms in Parkinson's disease (PD). We described optimal electrical and chemical stimulation methods, and now work with international groups using PPN DBS for PD.

Spinal cord injury (SCI) and epidural spinal cord stimulation (ESCS). We discovered the optimal parameters for stimulating the neonatal rat, hypothesizing that SCI leads to a regression of the cord to a neonatal state. We developed the in vitro brainstem spinal cord preparation for that purpose and used ESCS parameters of neonatal rats to induce stepping in adult acutely spinalized cats. We gained a patent for ESCS of the spinal cord and the first SCI patients were implanted in 2002, which allowed them to step with the aid of only a walker. The technology we developed is being used today by others on SCI patients. We found that passive exercise could alleviate the hyperreflexia induced by SCI, and showed that our patented motorized bicycle exercise training machine could alleviate hyperreflexia in SCI patients. We then found that modafinil can normalize reflexes after SCI. The human P50 potential, the rodent P13 potential, and the human M50 response. We discovered that the arousal-related auditory P50 potential is reduced in narcolepsy, and has decreased habituation in PTSD, depression, and PD. We described the rodent equivalent of the human P50 potential, the P13 potential, showing that it is generated by the PPN. Recently, we described the source of the M50 potential (using MEG). Since we first reported it in 1997, habituation of the P50 potential remains the most reliable physiological marker for sensory gating deficits in PTSD. Obesity, REM sleep, insomnia, and schizophrenia. We discovered that the soporific effect of leptin on the RAS is due to its reduction of sodium currents in PPN neurons. Gamma band activity during waking is mediated by P/Q-type calcium channels and the CaMKII pathway, while gamma band activity during REM sleep is mediated by N-type calcium channels and the cAMP/PKA pathway. We also found that the developmental decrease in REM sleep is correlated with a decrease in N-type calcium channels, and that the mechanism behind insomnia is over expression/over activity in P/Q-type channel and CaMKII processes. We discovered that neuronal calcium sensor protein 1 (NCS-1) that is over expressed in schizophrenia and bipolar disorder, can reduce gamma band activity, accounting for many of the symptoms of the disease. Also, the mechanism of action of lithium, which is used for bipolar disorder, is to reduce the blocking the effect of over expressed NCS-1. The mechanism of action of lithium had been a mystery for 60 years. 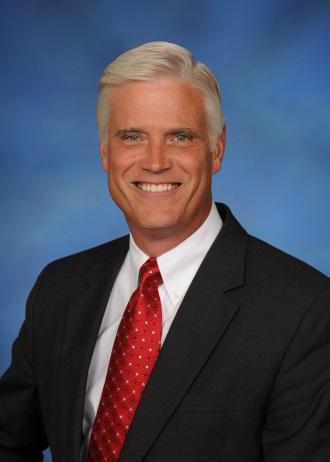 He has been awarded two R&D 100s for product developments and a NASA SBIR Technology of the Year Award. The National Society of Professional Engineers recognized him as the National Young Engineer in 1986.

Dr. Martin holds 21 US Patents. He has numerous publications in robotics, image processing and electric vehicle research. He edited the collection Teleoperated Robotics in Hazardous Environments for the Society of Manufacturing Engineers and has authored the book Techonomics (CRC Press, Taylor and Francis Group, 2007).

He founded the company TeleRobotics International, Inc. in 1986, which went public on the NASDAQ exchange as iPIX in 1999. After leaving iPIX, he served as the initial executive director of the Tennessee Technology Development Corporation. He current leads the engineering entrepreneurship efforts for the University of Tennessee College of Engineering. He is a member of Two Rivers Evangelical Church where he currently leads the 8th grade small group. He is married to Carla and they have three children: Nina, Ashleigh and Daniel.

His research interests revolve around the word he coined: techonomics – the study of how technology innovation through the filter of business principles continuously changes organization and culture. His extension of life balance principles for individuals from Luke 2:52 to corporations serves as the basis of his teaching and business development activities for regional technology firms. 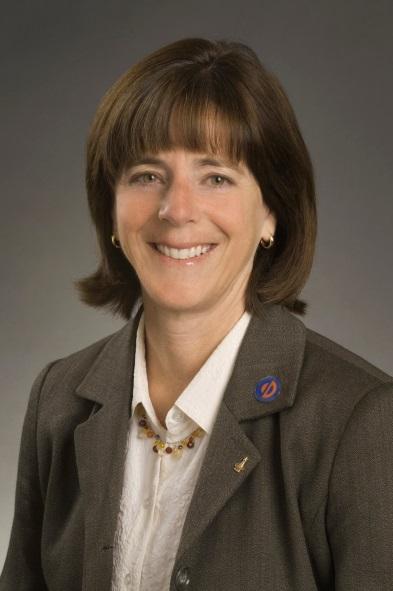 Morgan began her teaching career in 1974 on the Flathead Indian Reservation at Arlee Elementary School in Arlee, Montana, where she taught remedial reading and math. From 1975-1978, she taught remedial reading/math and second grade at McCall-Donnelly Elementary School in McCall, Idaho. From 1978-1979, Morgan taught English and science to third graders at Colegio Americano de Quito in Quito, Ecuador. From 1979-1998, she taught second, third, and fourth grades at McCall-Donnelly Elementary.

Morgan was selected as the backup candidate for the NASA Teacher in Space Program in 1985 and trained with Christa McAuliffe for the Challenger shuttle mission. Following the Challenger disaster in January 1986, she spoke to educational organizations throughout the country on behalf of NASA before returning to the classroom that fall. While continuing her career as a teacher, she worked with NASA on educational outreach. She became a NASA Astronaut in 1998. STS-118, an assembly mission to the International Space Station, successfully launched from Florida's Kennedy Space Center August, 2007. Morgan served as robotic arm operator and loadmaster.

After retiring from NASA, Dr. Morgan became Distinguished Educator in Residence, a dual appointment to Boise State University's colleges of engineering and education. There she advised the university in policy development, advocacy and fund-raising in science, technology, engineering and math. During her years at Boise State, she provided vision and leadership to K-12 STEM teachers throughout Idaho and served as a mentor to science and engineering students across the university. She also leveraged her considerable experience as a classroom teacher and astronaut to initiate and cultivate many opportunities for students both locally and nationally. She helped prepare nine Boise State undergraduate teams for NASA's Microgravity University, supported the Idaho Science and Aerospace Scholars program for high school students and mentored participants in NASA's Pre-Service Teacher Institutes for teaching majors, among others. 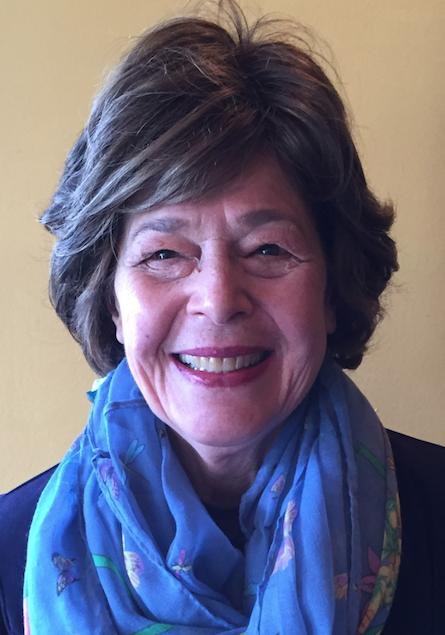 Dr. Oscar Berman's research represents a continuation of ongoing projects aimed at understanding the full extent of neuropsychological deficits and intact skills in individuals with brain damage from a variety of etiologies. She and her colleagues use sensitive behavioral paradigms in combination with structural and functional brain imaging technologies. She has made major contributions in multiple distinct areas. Her work probably is best known for characterizing the brain mechanisms underlying perceptual, emotional, and cognitive impairments associated with chronic alcoholism, including alcoholics with and without clinical signs of Korsakoff's syndrome (severe amnesia for events occurring since the onset of extensive brain damage). Recent work has also focused on gender-specific aspects of alcoholism, and the effects of combined alcohol and smoking. She has published approximately 250 peer-reviewed manuscripts, invited reviews, and book chapters.  Her work has been funded by NIAAA (since 1981) and the VA (since 1970), and awards from Sigma Xi, the Fulbright Foundation, the MA Neuropsychological Society, the Research Society on Alcoholism, and the International Neuropsychological Society.

Contribute to a big idea. Give to NeuroNet.